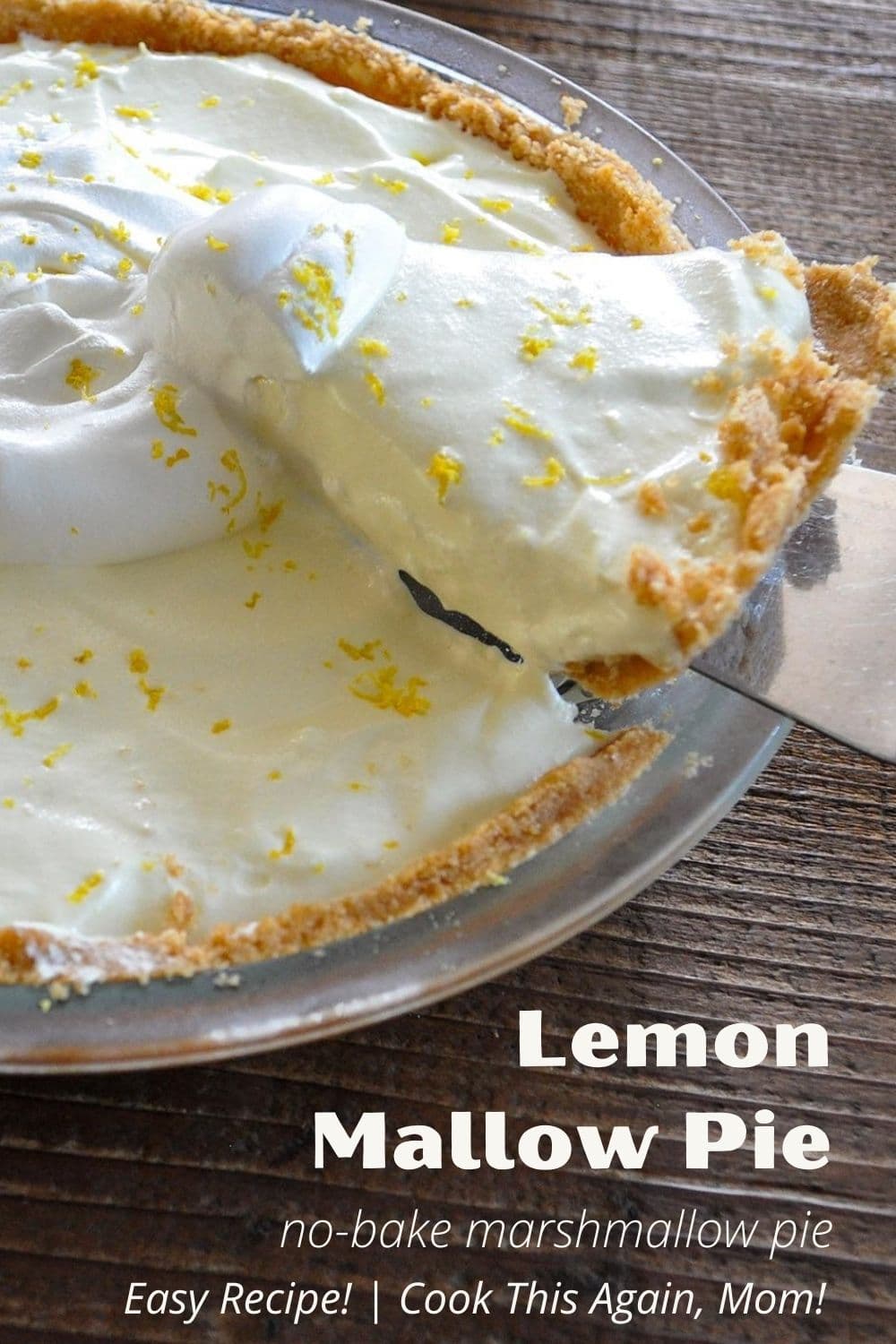 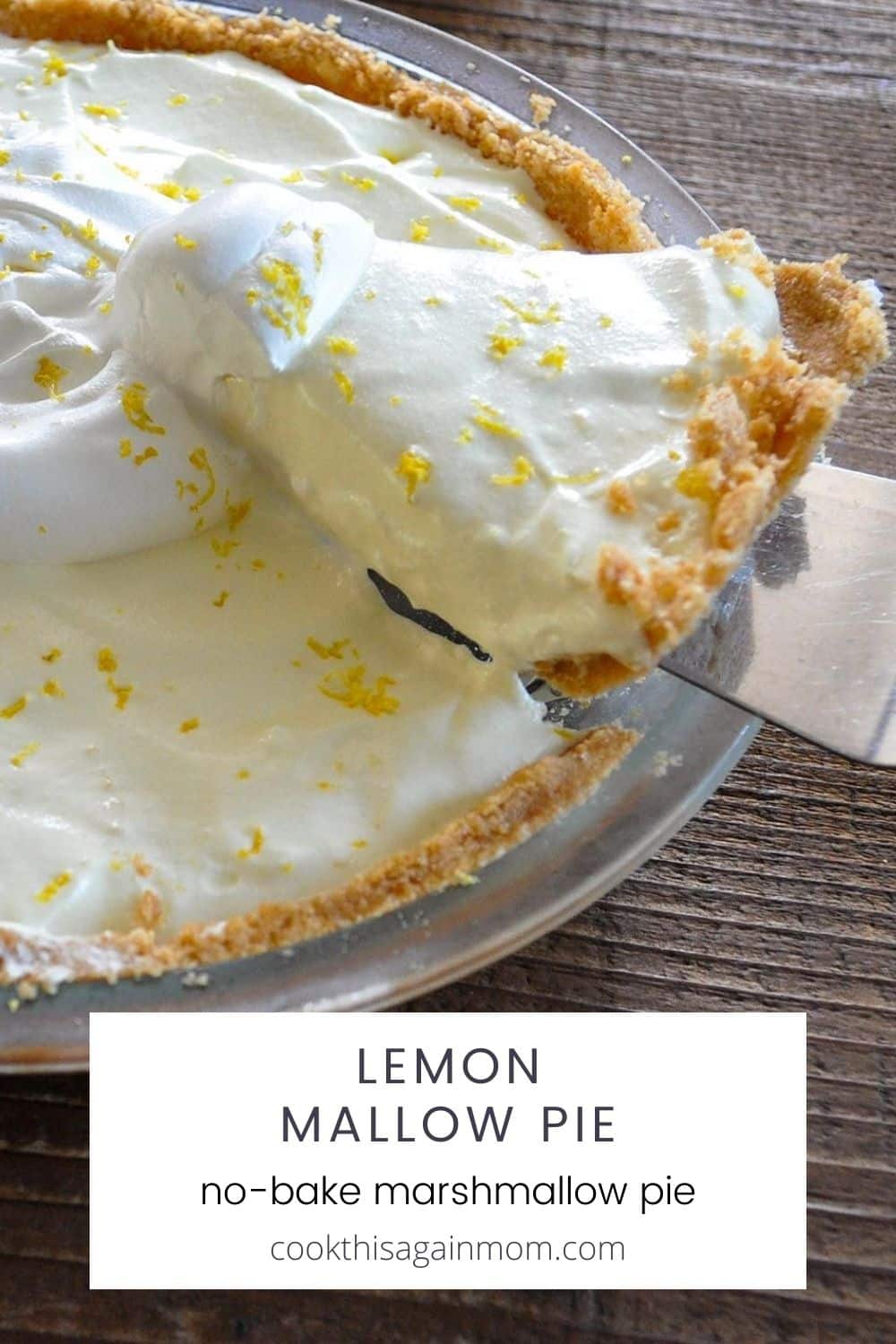 I was looking through my mom's old recipe card box, and I found this recipe for Lemon Mallow Pie. A no-bake, lemon marshmallow pie. This easy and amazingly delicious pie is made even better with a Nilla Wafer pie crust.

This recipe was updated in August 2020 with new photos and ingredient alternatives.

I don't remember mom making this lemon marshmallow pie, but I am pretty sure that my family will want me to make it again and again. My husband even asked if the entire pie was a single serving. One slice evidently wasn't enough.

My mom's original recipe called for a baked 9" pie shell. I decided to use a cookie pie crust using Nilla Wafers.

How to prepare this recipe

To make the Nilla Wafer Pie Crust, you need to turn the cookies into crumbs. You can do this either with a food processor or place the cookies in a Zip-loc bag and roll with a rolling pin.

After the cookies have been turned into crumbs, add the sugar and melted butter. Mix until the ingredients are combined.

Placed the Nilla Wafer ingredients into the pie plate and press the crumb mixture to form the pie crust.

Bake the crust and set aside until ready to use.

Next, place the marshmallows, lemon juice, lemon zest, and water in a saucepan over medium heat.

Stir frequently until the marshmallows melt.

This is a picture of how the melted marshmallows and lemon juice look regularly...

And in the photo, I have added a few drops of yellow food coloring. This is totally optional. I just wanted a little bit more color for photography. If you would like a more "lemony" look, add food color as you see fit.

Now it is time to put the lemon marshmallow mixture into the refrigerator to cool and thicken.

Add the Cool Whip and fold until completely mixed.

Top with a little extra whipped topping and lemon zest. Place the pie in the refrigerator to firm.

Keep the lemon pie in the refrigerator. It should last several days.

Thank you for stopping by and checking out my family’s favorite recipes.

If you tried this no-bake lemon marshmallow pie recipe and liked it, please use the stars on the recipe card to rate it. If you have a question or suggestion about this recipe, please leave a comment, and I will respond as soon as possible. 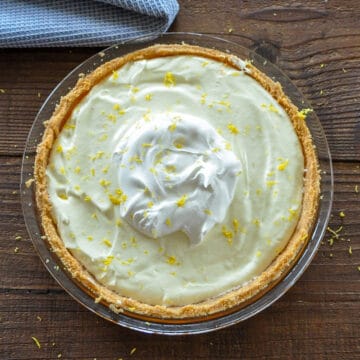 To make the crust

If you would rather make your own whipped topping - Beat together 1 cup of Heavy Cream and ¼ cup Powdered Sugar. Beat until fairly stiff and use in place of Cool Whip in the recipe above.    You can add yellow food coloring if you want a more "lemony" look to this pie.
Click here to add your own private notes.