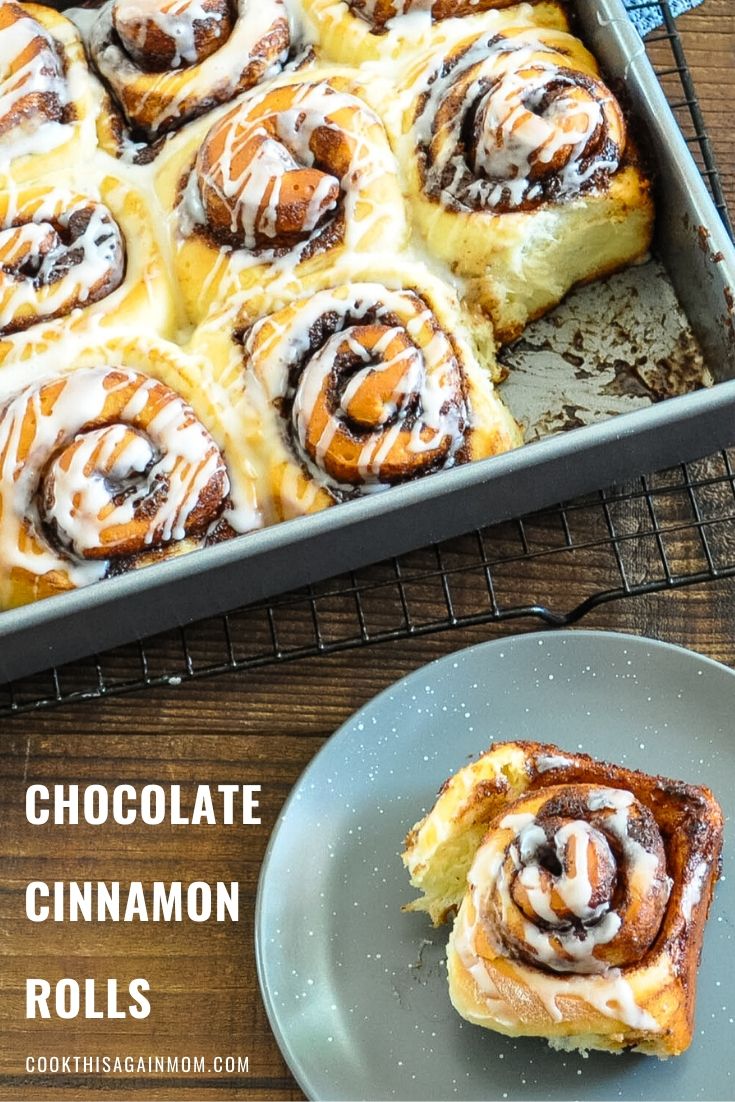 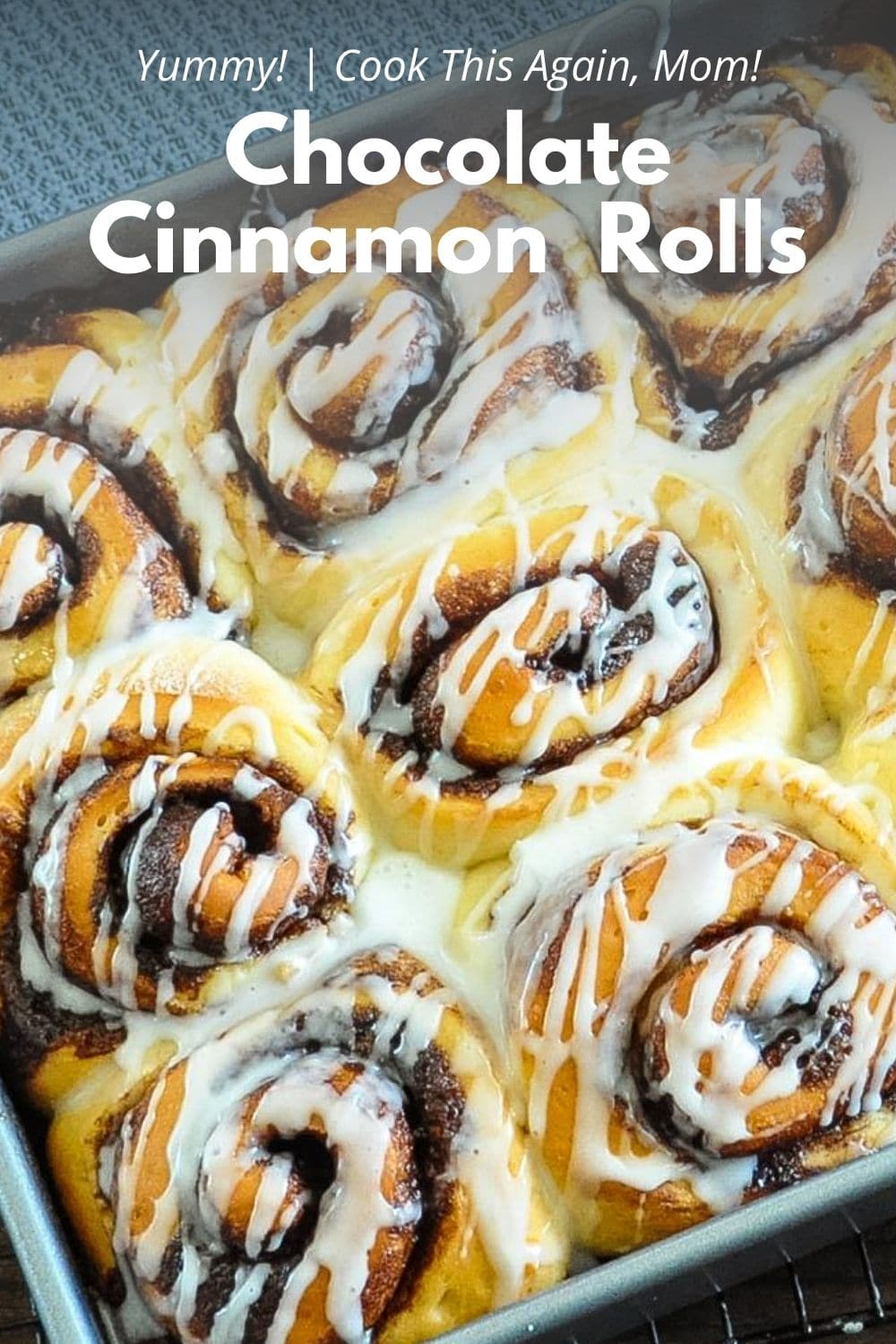 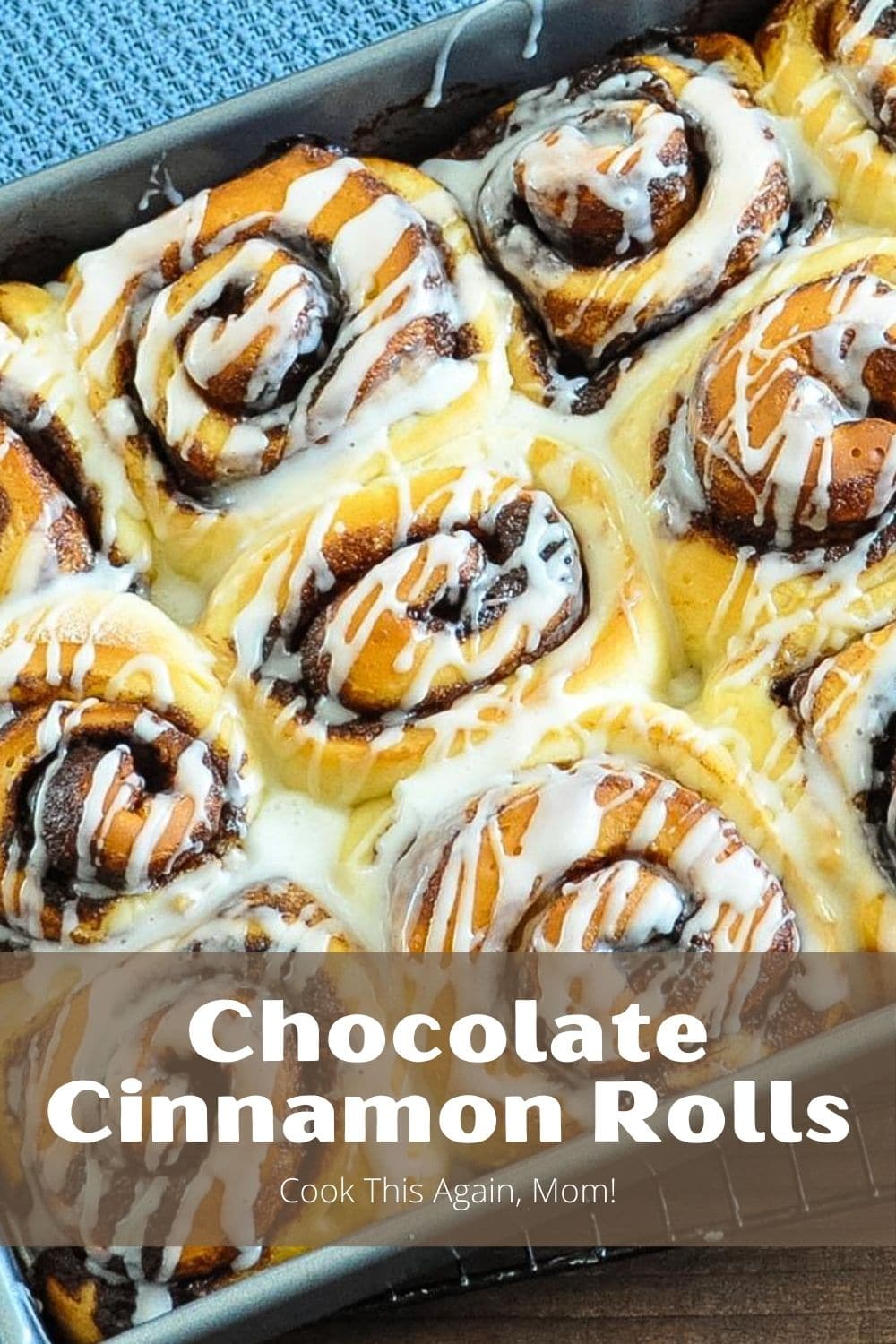 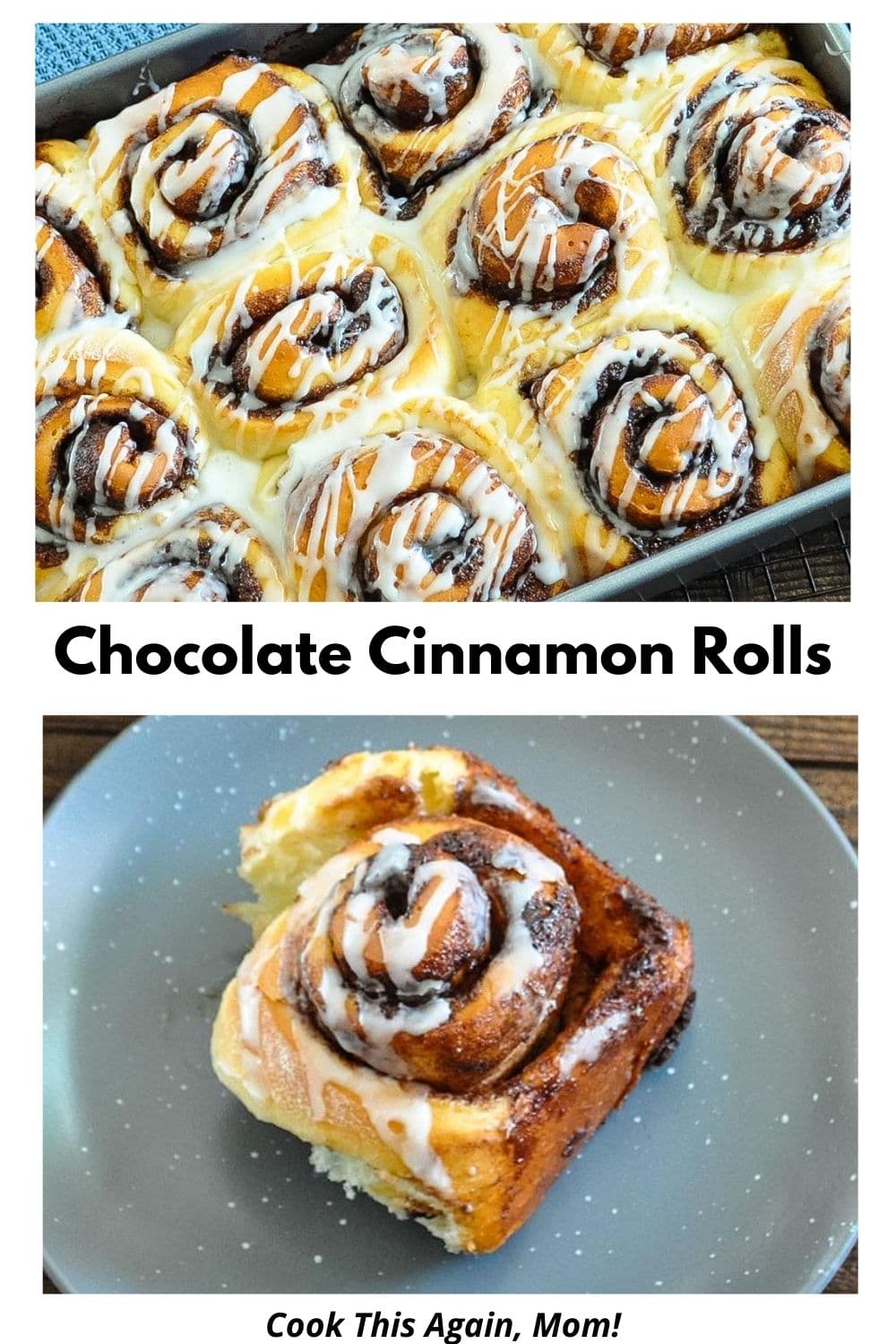 Chocolate Cinnamon Rolls. Yummy, buttery, sweet cinnamon rolls with a bit of cocoa for a little something extra.

I worked on a few variations on making a Chocolate Cinnamon Roll and this recipe was definitely the family favorite.

Ingredients needed for the rolls

To make these Chocolate Cinnamon Rolls you will need:

How to make the dough

For me, the easiest way to make the dough is in the bread machine. I can just put all the ingredients in there and let the machine do the work.

Put all the ingredients for the Chocolate Cinnamon Rolls dough in the pan in the order the manufacturer recommends. Watch the dough start to mix at first and adjust flour if the dough looks too wet.

With my machine, it takes about 90 minutes for the dough cycle to complete.

A Kitchen Aid mixer with a dough hook works great too!

If you are making the dough by hand, follow these directions:

How to make the cinnamon rolls

Mix together some softened butter or margarine along with sugar, cinnamon, and cocoa powder.

Lightly flour whatever surface you are working on. I usually roll the dough directly on my kitchen counter.

Roll out the dough into a rectangle. About 15 x 18 inches.

Spread a bit of softened butter over the rolled out dough, then coat well with the cinnamon and cocoa mixture.

Now it is time to roll up the dough and cut the rolls!

I like to use a serrated knife to cut the cinnamon roll dough. First, cut the roll in half, then each section in half again. Then, cut each section into thirds. You will end up with 12 rolls.

Put the rolls into a pan that has been coated in non-stick spray. Let the rolls rest and rise for about 30 minutes until double in size.

Make a simple glaze using powdered sugar and milk. Lightly drizzle the glaze over the top. 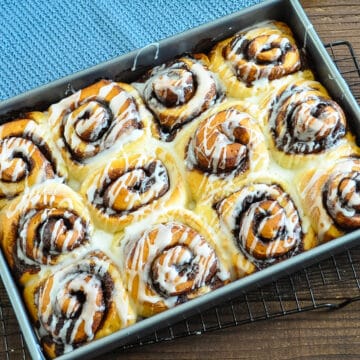 If using a stand mixer...

Making the dough by hand...

I usually watch my bread machine for the first few minutes to make sure the dough isn't too wet. Add more flour, a tiny bit at a time, and scrape down the sides of the pan if necessary.
Click here to add your own private notes.

Thank you for stopping by and checking out my family's favorite recipes.

If you tried a recipe and liked it, please use the stars on the above recipe card, or next to the comments below to rate the recipe.

If you have a question or suggestion about a recipe, please leave a reply to this post.